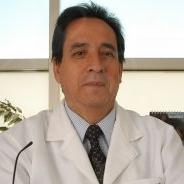 Eghon Guzman has served on the Executive Board of the International Federation of Gynecology and obstetrics (FIGO) since 2006-2008. He was President of the Chilean Society of Obstetrics and Gynecology (SOCHOG) from 2006-2008, Honorar member of SOCHOG 2009, had been board member of the Society since 1992. Guzman is Head of the Ultrasound and obstetrics and Gynecologist at Integramedica BUPA, a private center in Santiago,Chilea position he has held since 1996. He is a founder member of the Iberoamerican Society of Prenatal Diagnosis and Treatment (SIADPT) and serve as President of the Chilean Ultrasound Society in Medicine and Biology from 1998 to 1999, dr Guzman obtained his medical degree from the University of Chile in 1976, conducted his obstetrics and Gynecology residency at the Catholic University of Chile from 1977 to 1980, and his postgraduate studies at the University of Barcelona, Spain, University Hospital of Clermont Ferrand, France, and Kings College Hospital in the UK. He has 40 yearsexperience in emergency obstetric care gained in Chile at the Linares Hospital, Rancagua, Professor hospital, Dr Sotero del Rio, Catholic University Hospital and the Dra Eloisa Diaz Hospital since 2018. He is a member and founder of the Chile Journal of Ultrasound in Medicine and Biology, member of the editorial committee of the Ultrasound of Obstetrics &Gynecology, and an honorary memmber and Master of the Chilean Society of Ultrasound. Founder and creator of the Chilean Section of Congress and College of ACOG, Chairman from 2008 to 2013, first section in soutamerica, adviser of women program, Ministery of Healthcare, President of national Committee for O Women and neonatal from 2010-2013 by presidencial decree, Now President of the association of Scientifics Medical Societies of Chile from 2017-2018.