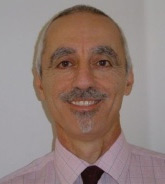 Marios Kyriazis qualified as a medical doctor (MD) from the University of Rome, Italy, and after preclinical work in the USA he worked as a clinician in acute medicine in Cyprus, and the UK. He subsequently qualified as a Gerontologist with interest in the biology of aging and became a Chartered Member of the academic organisation ‘Royal Society of Biology’ in the UK. He also has a post-graduate qualification in Geriatric Medicine from the Royal College of Physicians of London. Other appointments include Member of the Board of Trustees at the Mediterranean Graduate School of Applied Social Cognition, affiliate researcher at the Evolution, Complexity and Cognition Group, University of Brussels, Expert assessor, (European Commission), Member Biological Complex Systems Alliance, and a Ronin Research Scholar. Currently, he is the scientific director of the National Gerontology Centre (Cyprus) in association with the Ministry of Health. His research is focused on transdisciplinary models and explores common principles between biology, complexity sciences, evolution, cybernetics, neurosciences, and techno-cultural elements. Areas of interest include robustness and degeneracy in organic systems, fragility and redundancy, repair processes (including self-repair), hormesis and environmental enrichment in aging, and immortalisation of somatic cells. His recent publications include papers on the complexity of aging, technology and society, as well as two books on hormesis.