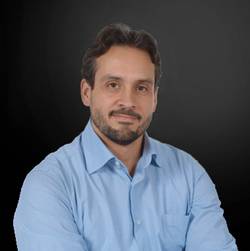 Dr. Guertin has 20 years’ experience in spinal cord research and 9 years’ experience in science leadership. He was President and CEO of NeuroSpina Therapeutics between 2005 and 2008 and is currently Chief Scientific Officer of Eurymedon HealthCare. Over the years he has obtained several million dollars in financing from non-profit organizations and foundations to conduct basic research and drug development. He has developed a cutting edge expertise also in hormonal, cardiovascular, metabolic, muscular and bone system regulation and deregulation. He holds a tenure track faculty position as Associate Professor in the Department of Anatomy and Physiology at Universite Laval 2001 and is also the Director and Principal Investigator of the Spinal Cord Injury and Functional Recovery Laboratory 2002 based in Quebec City Laval University Medical Center CHUQ/CHUL. He received a BSc degree in 1989 in Kinesiology from University of Montreal, an MSc degree in 1992 in Neurokinetic from University of Quebec in Montreal and a PhD degree in 1996 in Neurophysiology from the University of Manitoba. He has pursued his training as a postdoctoral fellow between 1996 and 2000 in Denmark Panum Institute Copenhagen England University of Oxford France University of AixenProvence II and Canada Universite de Montreal. He is a leading scientist in his field and has published more than 100 articles and communications since 1990. He is also an associate editor and external referee for several peer reviewed journals as well as a reviewer in external and internal for the main Canadian granting agencies CIHR NSERC FRSQ.