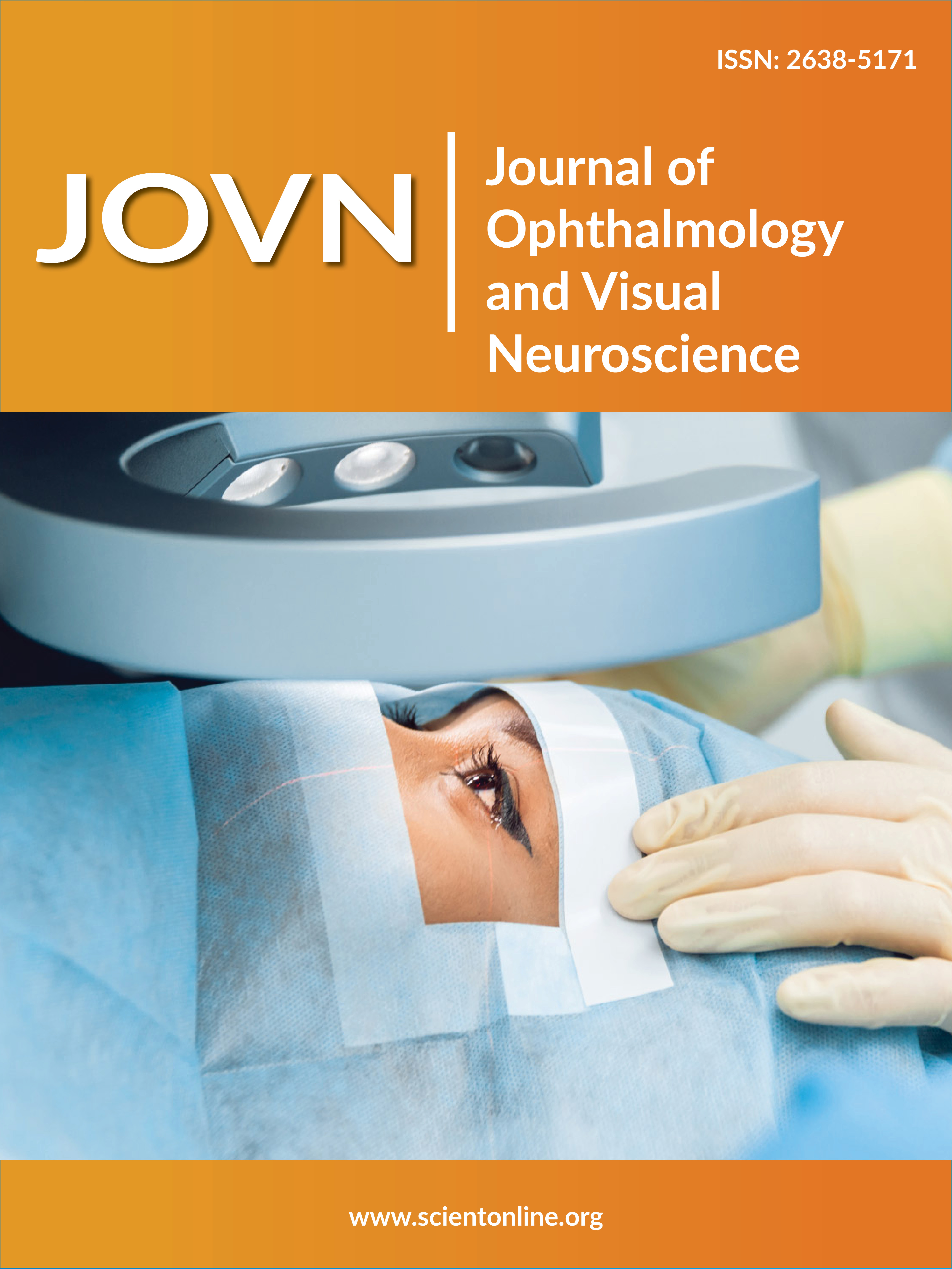 Copyright: 2018 Amira Elagamy. This is an open-access article distributed under the terms of the Creative Commons Attribution License, which permits unrestricted use, distribution, and reproduction in any medium, provided the original author and source are credited.

Abstract
Purpose: This study was conducted to assess optic disc size and cupping in nonglaucomatous healthy Saudi females using Topcon Three-Dimensional (3D) Optical Coherence Tomography (OCT) 2000 - Spectral Domain (SD-OCT), to estimate norms of these values for clinical practice application. Also, the average of the vertical integrated rim area of optic disc in these subjects was determined. Furthermore, correlation of retinal nerve fiber layer (RNFL) thickness and optic disc area in all eyes was evaluated.
Design: This study was a prospective, non-randomized, cross-sectional, observational, and quantitative study.
Methods: The study included 112 eyes of 112 non glaucomatous healthy Saudi females from College of Applied Medical Sciences (CAMS) of King Saud University (KSU). The age range was 18-49 years (mean: 22.50 +/- 5.535 years). Stereoscopic disc photographs were reconstructed using Topcon 3D OCT-2000 for all subjects. Optic disc area, cup/disc ratio, and RNFL thickness were measured. Pearson correlation analysis test was used to assess the correlation between C/D ratio and age, IOP, refractive error. Also, it was used to evaluate the correlation between age and superior RNFL, inferior RNFL thickness respectively. In addition, it was used to assess the relationship between disc area and average RNFL thickness. Level of significance was considered as P < 0.05.
Results: In this study, 100 eyes of 100 subjects enrolled in the analysis of this study.
The range of refractive error was from -4.00 to +4.00 D (-0.8000 +/- 1.28708 D). The range of IOP was from 11.00 to 21.00 mmHg (18.00 +/- 2.503 mm Hg). In this study, the range of the C/D ratio was 0.20 - 0.60 mm2 (0.2976 +/- 0.16500 mm2). Small C/D ratio <0.3 showed the highest percent of all cases (51.0%) while large C/D ratios > 0.6 showed the lowest percent (10.0%). C/D ratio between 0.3-0.6 demonstrated (39.00%). In the current study, the range of disc area was 1.34-5.29 mm2 (2.2196 +/- 0.48084 mm2). Mean total RNFL thickness was 111.39 +/- 11.677μm. There was a statistically significant positive correlation between the disc area and the average RNFL thickness (P = 0.001 & r = 0.322).
Conclusion: This study is the first one to assess the prevalence of non-glaucomatous cupping in healthy Saudi females using Topcon 3D OCT-2000. Further studies are recommended to investigate non glaucomatous cupping in normal Saudi males and in different age groups.

This study was a prospective, nonrandomized, observational, and quantitative study. It got the approval of Research Ethics Committee of College of Applied Medical Sciences (CAMS), King Saud University, Riyadh, Saudi Arabia. It adhered to the tenets of the Declaration of Helsinki. All the participants signed comprehensive consent after explanation of the possible consequences of the study prior to investigations.
Subjects and Methods

The study included 112 eyes of 112 non glaucomatous Saudi females. All subjects were recruited from CAMS (female section) of King Saud University, Riyadh, Saudi Arabia. This is the place of work of first equal authors.
Inclusion criteria were best correct visual acuity of 6/6 (20/20), no previous ocular history involving the posterior segment, spherical equivalent > +/- 5.00 diopters, normal visual fields, intraocular pressure of 21 mm Hg in both eyes, no history of diabetes, and no systemic β blocker medication. Each subject was asked about any history of ocular pathology, any history of family disease such as glaucoma involving a first degree relative. Exclusion criteria were poor OCT quality, retinal pathology such as diabetic retinopathy, macular edema, central retinal vein occlusion, or history of retinal laser treatment. All subjects had a standard clinical examination included: visual acuity (Snellen visual acuity chart), pupil examination, IOP measurement by non-contact air-puff tonometer, slit-lamp examination and dilated fundus examination.
In this study, optic disc area, cup/disc ratio, and RNFL thickness were measured using Topcon 3D OCT-2000 system (SD-OCT). Stereoscopic disc photographs were reconstructed for all subjects. The red box (4.0x4.0mm) makes it easier to automatically generate RNFL thickness value extracted from a 3.4mm peripapillary circle of data points centered on the optic disc. The green box shows the 6.0x6.0mm scanning area [7] Most OCT machines roll on casters. This is a feature that can make it possible to perform scans on every patient, even the one in a wheelchair. A pupil size > 2mm is recommended. After the patient was instructed to rest her chin on the machine, she has to look into a lens. Blinking is important as it keeps a nice tear film over the cornea and improves clarity of the image [8].

Figure 4: Correlation between the superior RNFL thickness and age in 100 eyes.

Figure 5: Correlation between the inferior RNFL thickness and age in 100 eyes.