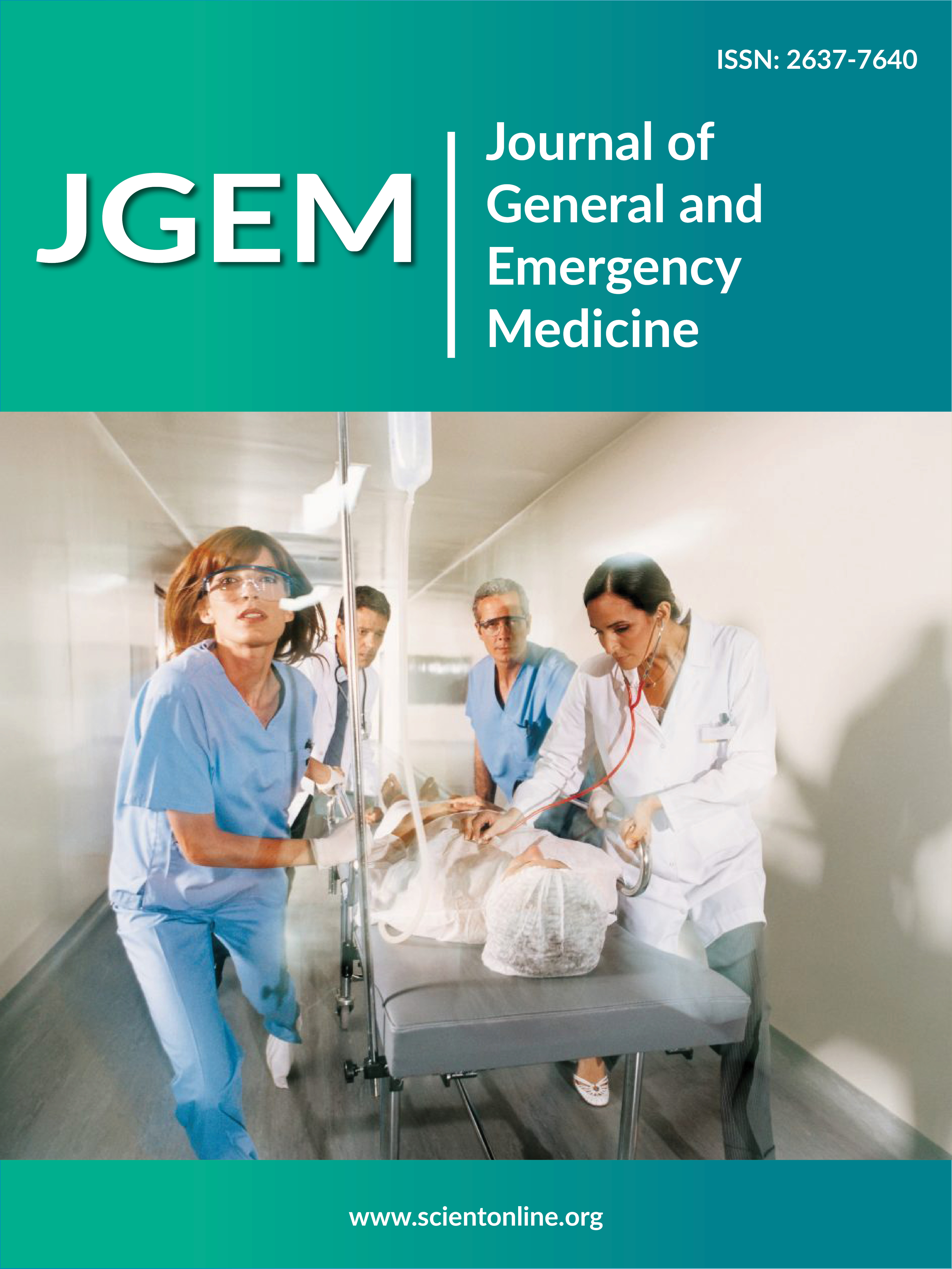 Copyright: © 2022 Jennifer L Stahl. This is an open-access article distributed under the terms of the Creative Commons Attribution License, which permits unrestricted use, distribution, and reproduction in any medium, provided the original author and source are credited.

Objective: To evaluate the efficacy of transdermal lidocaine and ibuprofen versus ibuprofen alone in Emergency Department (ED) patients with acute musculoskeletal pain.
Setting: This pilot study was performed at a single tertiary center ED
Participants: Patients with a chief complaint of acute, isolated musculoskeletal pain (≤7 days duration) were screened for participation. Inclusion criteria included age ≥ 18 years, English speaking, and no prior ED visits for the chief complaint. Exclusion criteria included pregnant/breastfeeding patients, open wounds over pain area, end-stage renal disease, diabetes, and medications such as opiates, muscle relaxants, or ibuprofen prior to enrollment.
Intervention: Patients were randomized to two treatment arms: (1) ibuprofen or (2) transdermal lidocaine patch and ibuprofen.
Primary and Secondary Outcomes: Patient reported pain at one hour from medication administration was the primary outcome of this study. Secondary outcomes included baseline pain level and change in pain score from baseline.
Results: Data analysis from 17 patients showed a decrease in average pain scores by 2 points in the control group (± 2.8) compared to 1.6 points (± 0.9) in the lidocaine patch group (p=0.17). While there was no clinically significant difference in mean pain scores between the control group and the lidocaine patch group at baseline (6.7 ± 1.9 vs. 7.4 ± 1.9; p=0.46) or at one hour (4.1 ± 2.9 vs. 5.6 ± 1.9; p=0.26), there was less variability evidenced by a tighter 95% confidence interval in the lidocaine patch group.
Conclusion: While the lidocaine patch plus ibuprofen group did not show a statistically significant improvement in pain score when compared to ibuprofen alone, there was a less variable reduction in pain possibly indicating more consistent pain reduction. Further investigation with a larger multicenter trial should be performed to evaluate the efficacy of transdermal lidocaine as an adjunctive treatment for acute musculoskeletal pain.
Strengths and Limitations
• Patients were prospectively randomized into two treatment groups to compare
ibuprofen vs ibuprofen plus transdermal lidocaine
• Pain scores were obtained to evaluate subjective pain symptoms of patients at
baseline and at one hour from medication administration
• Sample size of this pilot trial was small
Keywords: NSAID, Ibuprofen, Transdermal lidocaine, Acute pain, Musculoskeletal pain, Emergency Department

Background Pain is a common patient complaint in many healthcare settings. In the emergency department (ED), approximately 45% of patients report pain as a chief complaint [1]. Non-steroidal anti-inflammatory drugs (NSAIDs) are often the initial treatment prescribed due to the analgesic and anti-inflammatory properties via inhibition of the cyclooxygenase enzymes, COX-1 and COX-2 [2]. While there are a few key side effects of NSAID use, such as gastrointestinal ulceration and hepatorenal dysfunction [3], their availability as low-cost, over-the-counter medications makes them a rather appealing treatment option for physicians and patients. Although NSAIDs are the treatment of choice for low acuity musculoskeletal pain [4], they may not always be sufficient as sole treatment in terms of efficacy, time to
achieve relief, and maintenance of relief [3]. When NSAIDs and conservative therapy alone do not provide adequate relief, patients and physicians often seek other options for treatment including opiate medications [3,5]. In the era of the opioid prescription crisis, finding alternative pain management therapies is of the utmost importance [6]. Transdermal lidocaine is an alternative agent for the treatment of musculoskeletal pain and has become popular in the ED setting [5,7,8]. Lidocaine promotes analgesia by targeting and suppressing sodium ion channels in neurons that respond to nociception. Lidocaine patches allow analgesia to be localized to the source of pain without the
systemic side effects that accompany the administration of other medications including NSAIDs [8].

Importance
Transdermal lidocaine has shown some efficacy in specific conditions. In patients with post-herpetic neuralgia and postoperative cesarean surgery, lidocaine patches have been shown to be an effective treatment modality [8,9]. The off-label use of lidocaine patches for persistent incisional pain following cardiac surgery and in traumatic rib fractures has depicted mixed results, with the former not finding it beneficial in contrast to the latter [8-10]. There remains continued support for the addition of the lidocaine patch in a multimodal pharmacological treatment
plan for pain because of its ability to relieve varying cases of acute pain. Lidocaine 4% patches have minimal side effects and include redness or irritation at the site of application, allergic reaction to the medication, and risk of lidocaine toxicity if not used as directed. Transdermal 4% lidocaine is available over the counter and at relatively low cost to consumers [10].

Goals of this Investigation
This study aims to investigate the efficacy of the 4% lidocaine patch (Lidocare Pain Relief PatchTM) in the management of acute musculoskeletal pain in patients who present to the ED. This is a pilot study and was performed to evaluate the recruitment ability of patients who present with isolated acute musculoskeletal pain in the ED. Given the difficult logistics of treating patients in a sometimes variable environment in the ED, we sought to evaluate the feasibility of a full scale study of this treatment protocol with a pilot study.

Study Design and Setting
This study was a single center, randomized controlled pilot trial with 1:1 randomization of study participants into two treatment arms. Patients who presented to the Emergency Department at a tertiary center with over 120,000 visits annually were screened for enrollment in this study. This study was approved by the East Carolina University Institutional Review Board (UMCIRB 17- 001594) and was obtained prior to initiation and data abstraction. Informed consent was obtained for each patient enrolled.
Selection of Participants
Patients who presented with a chief complaint of acute, isolated musculoskeletal pain (≤7 days duration) and who met inclusion/exclusion criteria were recruited into the study. Participants had to be ≥ 18 years old, speak English, and have had no prior ED visits recorded on electronic medical records for the chief complaint. Exclusion criteria included pregnant/ breastfeeding patients, open wounds over area of pain, endstage renal disease (ESRD), diabetes, patients prescribed opiate medications or muscle relaxants (Flexeril, Valium, Tizanidine, Robaxin, etc.) during an initial visit to the ED, or patients who received < 800 mg oral dosage of ibuprofen at triage.

Interventions and Measurements
Informed consent was obtained on patients who met inclusion and exclusion criteria and agreed to participate in the study. Participants were then randomized into one of the two treatment arms: 1) 800 mg oral ibuprofen alone or 2) 800 mg oral ibuprofen plus a 4% lidocaine patch (Lidocare Pain Relief PatchTM). Randomization was done utilizing a 1:1 ratio of prefilled envelopes that were randomly opened at time of
enrollment and consent. Patients and study team were blinded to treatment group allocation. Once the envelope was selected it was handed to the treatment nurse who opened the envelope and administered the proper study medication. Following medication administration, patients were observed for relief of symptoms for 1 hour in the ED. The main outcome measurement was patient reported pain 1 hour after administration of medications in the ED. Using a 10-point Likert pain scale, patients circled a number corresponding to their pain at baseline (prior to the administration of medication) and at one hour from time of medication initiation.

Analysis
The data obtained and changes in pain ratings over time were analyzed using ANOVA, one sample t-test, and paired t-test.

Discussion
NSAIDs are a common treatment modality for acute pain in the emergency department with a relatively low safety profile [2]. Despite the anti-inflammatory effects of NSAIDs, many patients in the ED often do not have adequate control of their acute pain. In the PROTACT trial, less than 20% of patients had adequate pain control of acute musculoskeletal extremity injuries at the time of discharge from the ED [11]. Farrar et al. looked at clinically relevant pain relief for acute pain and found that a 33% or more decrease in pain intensity was a good surrogate measure of a patient-determined clinical response [12]. In our study there was a 2-point decrease in pain severity for the ibuprofen control group (20% reduction) and 1.6 point decrease in pain severity for the ibuprofen and transdermal lidocaine experimental group (16% reduction). In general, if we applied a goal of 33% pain intensity reduction, neither study arm achieved this. It is important to note that the severity of pain for both groups was similar with average baseline pain scores of 6.7 and 7.4 (control and experimental group respectively) which are both within the moderate severity of pain. Both study groups achieved similar results for pain scores of < 5 at 1 hour from medication administration (50% for control and 42% for experimental group). Perhaps with initial baseline pain scores in the moderate scale range, a more useful indicator of adequate pain relief would be reduction of pain scores to < 5 of which almost half the patients in both treatment groups achieved this. Further studies may benefit from alternate indicators of pain control with regards to relief of moderate musculoskeletal pain. Although the overall change in the pain scores is similar for both the control group and the treatment group, the lidocaine patch treatment group had much less variability as evidenced by a tighter 95% CI. This suggests that while pain control through the addition of the lidocaine patch may not be stronger, it may be consistently more effective [13]. One of the advantages of transdermal patches is that they function through a more controlled, sustained delivery of medication, often with reduced variation in drug levels when compared to oral medications [10,13]. Further multimodal treatments should be studied for the efficacy of pain relief with transdermal lidocaine and NSAIDs as well as potential further combination therapies. This pilot study had limitations including a single center recruitment site and relatively low number of study patients. While 23 patients were recruited for this study, only 17 patients were included in final analysis. While the removed patients were consented for the research study in appropriate fashion, the study drug of ibuprofen was incorrectly dispensed from a main pharmacy medication machine instead of the dedicated area for the study drugs. While the patients received the exact same treatment medication of ibuprofen, the areas from where it was pulled violated study protocol and therefore these additional patients were removed from final analysis. Due to the low number of patients, the variance in outcomes may have prevented the ability to determine if there was a significant difference in pain scores between treatment groups.

Conclusion
In this pilot study, the control group and lidocaine patch treatment group did not display statistical significance in terms of improvement in pain scores. However, the lidocaine patch study group did show a lower variability in pain scores which may reflect a more consistent and steady analgesic effect. The lidocaine patch is a low cost and readily available alternative method of pain management as well as potential practical adjunct to other forms of pain relief. Future studies are needed to further examine the efficacy of transdermal lidocaine in treating acute musculoskeletal pain with consideration of its incorporation into further multimodal treatment combinations.

Ethics approval and consent to participate
This study was approved by the East Carolina University Institutional Review Board (UMCIRB 17-001594) and was obtained prior to initiation and data abstraction. Informed consent was obtained for each patient enrolled. The privacy of patients has been observed.

Availability of data and materials
The datasets used and/or analyzed during the current study are available from the corresponding author on reasonable request.

Competing Interests
On behalf of all the authors, the corresponding author states that the authors declare that they have no competing interests.

Acknowledgements
We wish to acknowledge Allison Mainhart for assistance with IRB maintenance, study patient enrollment and management of data.

Funding
This research did not receive any specific grant from funding agencies in the public, commercial, or not-for-profit sectors. 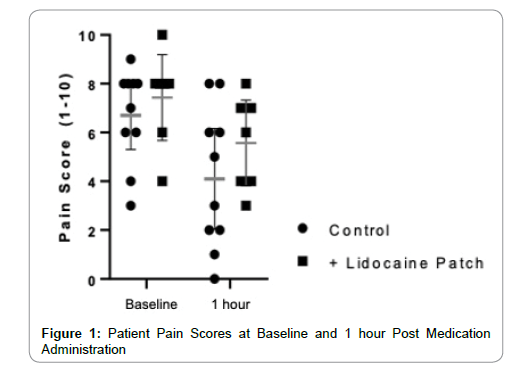 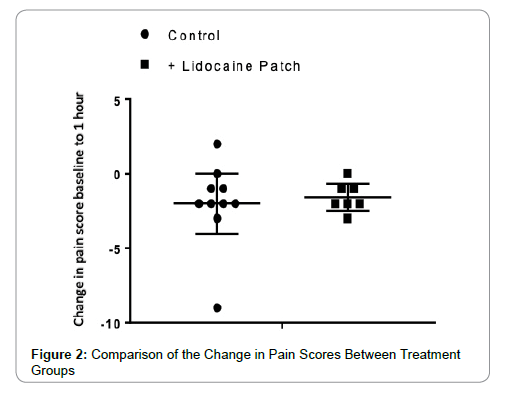