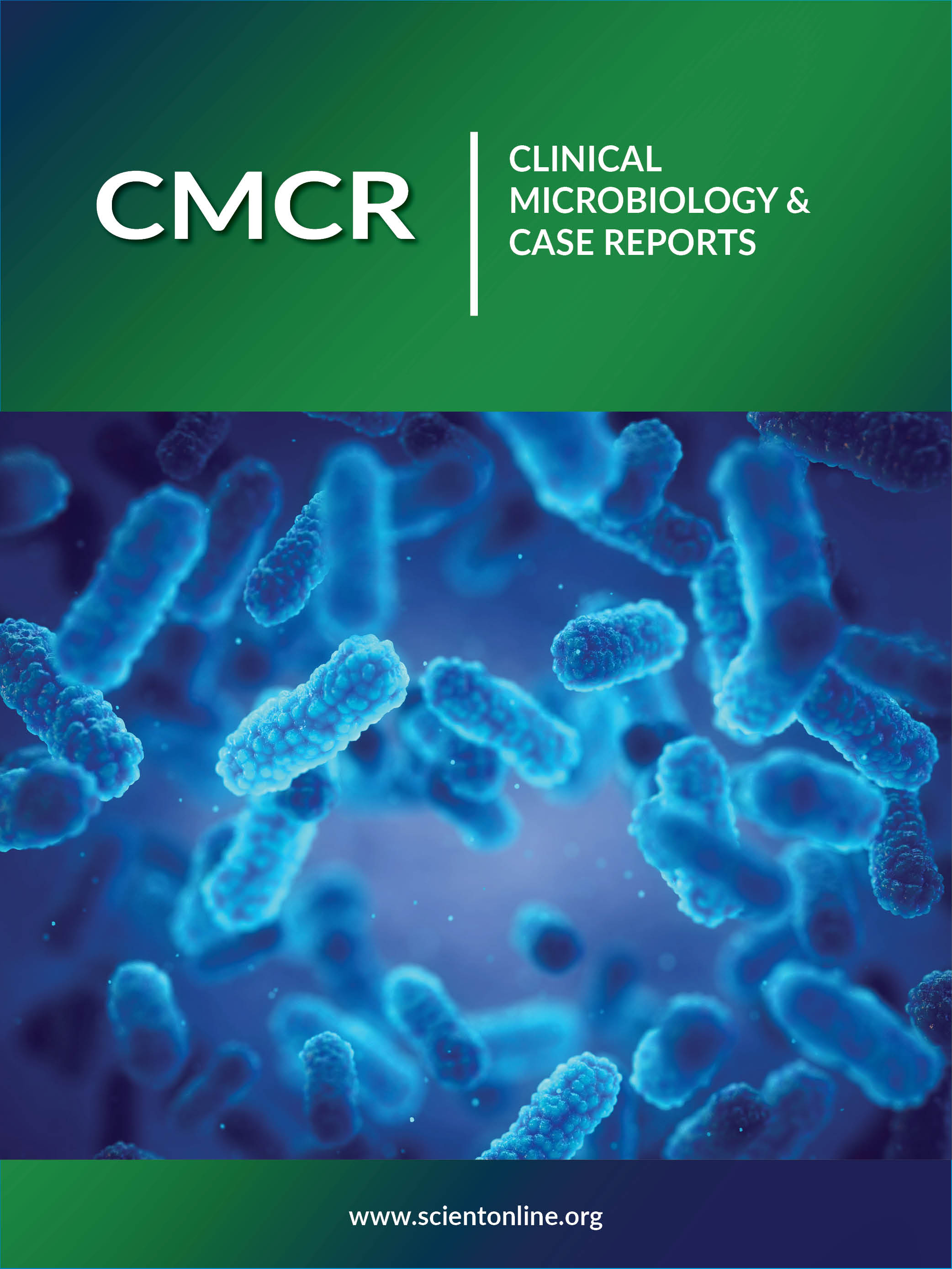 Corpus Spongiositis Secondary to Haematogenous Seeding of a Periodontal Infection

Copyright: Copyright: © 2022 Rachel Barry, et al. This is an open-access article distributed under the terms of the Creative Commons Attribution License, which permits unrestricted use, distribution, and reproduction in any medium, provided the original author and source are credited

Infection of the corpus spongiosum is a rare entity. Possible aetiologies include local invasion from intrabdominal, rectal or perineal abscesses, intracavernosal injectable therapies, foreign bodies and trauma. There are two cases of corpus spongiositis reported in the Japanese literature [1,2], however, only the abstracts are translated to English. The first documented case was an abscess-like lesion in the corpus spongiosum in the setting of chronic diabetes mellitus, with no reported source. The second was related to direct extension from a necrotic rectal malignancy. To our knowledge, this is the first described case of corpus spongiositis secondary to haematogenous seeding from a dental source.

A 41 year old male, with no significant medical history, presented to our institution with acute penile pain and swelling, scrotal oedema, frank haematuria, vomiting and fevers on a background of worsening voiding difficulties over the previous five days. He denied recent trauma, urethral instrumentation or intravenous drug use.
Of note, he reported historic issues with urinary hesitancy and weak flow for approximately the last 20 years. He described one episode of painful penetrative sexual intercourse five weeks prior to admission, following which he had not been sexually active. He denied painful oral sex. He had no history of priapism, or other penile conditions in childhood or adolescence.
Bloods on admission were markedly abnormal including a neutrophilic leucocytosis (white cell count 34.8 x 109 /L, neutrophils 32.71 x 109 /L, lymphocytes 0.35 x 109 /L), an elevated c-reactive protein (283.2 mg/L), an acute kidney injury (urea 9.7 mmol/L, creatinine 118 umol/L), and increased blood levels of lactate (3.03 mmol/L), creatinine kinase (581 U/L) and lactate dehydrogenase (758 U/L). Glycosylated haemoglobin (HbA1C) was within normal range (36 mmol/mol).
Two sets of blood cultures, taken eight hours apart, were positive with gram-positive cocci seen in the anaerobic bottle. Identification was performed using matrix assisted laser desorption ionization time of flight (MALDI-TOF) technology (bioMerieux). Phenotypic drug susceptibility testing was performed using the automated VITEK® system (bioMerieux), as well as minimum inhibitory concentrations (MICs) interpreted using European Committee on Antimicrobial Susceptibility Testing (EUCAST) clinical breakpoints. Peptinophilus species were identified in the first set of blood cultures, sensitive to penicillin (MIC 0.094mg/L), amoxicillin-clavulanic acid (MIC 0.032mg/L) and clindamycin (MIC 0.064mg/L). Streptococcus anginosus were identified in the second blood cultures sensitive to amoxicillin, ceftriaxone and vancomycin (VITEK). Serial blood cultures, taken on day three and five, demonstrated clearance of these organisms. Urine cultures were negative.
An MRI of the penis, with contrast, demonstrated diffuse abnormal signal intensity within an enlarged corpus spongiosum most marked posteriorly, extending to the bulb of the penis, in keeping with infection. Diffuse non-enhancing low signal throughout suggested venous engorgement or ischaemia/ infarction. Bladder and urethral wall thickening was present, attributable to urethritis and cystitis. There was no evidence of thrombosis.
A computed tomography (CT) urogram was also performed, which again revealed an abnormally oedematous corpus spongiosum. A 3mm calcific density within the proximal spongy penile urethra represented a possible minute calculus or sequelae of previous trauma or infection. Multiple coarse calcifications were present in the prostate. Evidence of focal cystitis was present laterally in the bladder. The bowel, gallbladder, pancreas, spleen and adrenals were of normal appearance.
Initial attempts at urethral catheterisation failed, and a flexible cystoscopy was performed which showed a false passage just distal to the bulbar urethra. Ongoing voiding difficulties necessitated urinary diversion with percutaneous insertion of a suprapubic catheter.
The patient was commenced on intravenous piperacillintazobactam and metronidazole, however, raised inflammatory markers and low grade fever persisted for ten days. At day 6, following identification of Streptococcus anginosus in blood cultures, he was switched to intravenous ceftriaxone with oral metronidazole. Investigations for human immunodeficiency virus, chlamydia, gonorrhoea, syphilis, and hepatitis B and C infection were negative. A transthoracic echocardiogram showed normal heart valves with no vegetations.
Given the pattern of isolates and unclear source of infection, a dental review was requested. An orthopantomogram showed generalised moderate to severe chronic periodontitis with multiple grossly carious teeth and retained roots, necessitating extraction. There was evidence of acute and chronic infection/ abscess on a number of teeth. A substantial dental clearance was performed, requiring extraction of nine teeth. A possible infected cyst was noted and removed at the root of one of the extracted teeth.
He completed a total of fifteen days of intravenous beta-lactam therapy in hospital, following which a peripherally inserted central catheter was inserted, and he was discharged on the outpatient intravenous antibiotic therapy programme to complete a total of six weeks therapy for complex soft tissue infection. He is being followed up by both the Infectious Diseases and Urology teams, and may require a urethroplasty procedure, depending on his clinical course. Dental follow-up has been arranged for management of his significant burden of periodontal disease, however, the patient has failed to attend for same.

The corpora cavernosum and spongiosum are highly unusual sites for septic metastases. To our knowledge, there are no apparent reported cases of corpus spongiositis, however, three reported cases of corpus carvernositis secondary to haematogenous seeding from dental caries, summarised in Table 1, have been described in the literature, all of which resulted in abscess formation and surgical drainage. Interestingly, a discrete fluid collection was not present in our case, but moreover, extensive oedema of the soft tissues with multifocal calcifications. Given radiological appearances precluded incision and drainage, a prolonged six-week course of intravenous therapy was indicated for complex, deep-seated soft tissue infection. Another curious aspect of this case was the absence of underlying conditions, such as diabetes mellitus, which may be a predisposing factor, both pathophysiologically and due to increased frequency of intracavernosal injectable therapies in this cohort. Penile prostheses have also been described as an underlying association in some cases [3].
Polymicrobial blood stream infection with Streptococcus anginosus and Peptinophilus species prompted interrogation for a dental source in this patient, who was noted to have a considerable burden of periodontal disease, not in keeping with age. An extensive dental clearance was warranted. The Streptococcus milleri group have been associated with breakdown of epithelium in the alimentary tract and suppurative abscess formation. Notably, radiologically normal appearances of the bowel, in conjunction with an absence of gastrointestinal symptoms, was deemed sufficient evidence to rule out an intraabdominal source. We concluded that the source of the infection likely originated from periodontal disease.
The presence of bacterial biofilms in the subgingival periodontal pockets is thought to propagate the destructive pathological process characteristic of periodontal disease. This is further perpetuated by a dysbiosis in the normal oral microbiota, whereby gram positive cocci are depleted and replaced by gram negatives and anaerobes. Breakdown of the oral mucosal epithelial barrier secondary to persistent oedema and inflammation can lead to haematogenous translocation of periodontopathogens, most typically to the heart [4,5].
Our case highlights that haematogenous seeding from distal foci of infection should always be considered in cases of spontaneous abscesses or complex soft tissue infection, particularly where the microbiological profile may be suggestive of an alternative source. Clinicians should be vigilant in performing routine dental examination and should be aware of the role of periodontal disease in causing local complications, such as tooth loss and dental abscesses, but also complex systemic disease, as is described in our case. Prompt management and follow-up of periodontal disease is crucial to prevent associated morbidity and mortality from such systemic manifestations.

The authors declare no conflict of interest.
This work received no specific grant from any funding agency.
Written informed consent was provided by the patient.